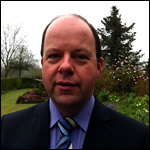 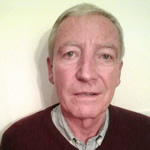 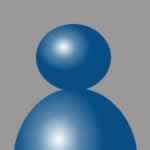 The Parish Council has the power to raise a “Council Tax”, known as the precept, each year to provide and improve local facilities.  Tidbury Green Parish Council consists of five councillors who each have to either be re-elected or stand down every four years, unless he or she is elected at a bye-election. In this case the Councillor only serves for the remaining period of the retired Councillor’s term. If insufficient candidates stand for election the Parish Council can try to fill any remaining seats by a process of co-option.  In order to become a candidate at a Parish Council election you must be sure you are eligible to stand, and then submit a set of nomination papers.  In between these main elections casual vacancies sometimes occur, in these circumstances the seat will be advertised, if ten electors petition for a poll the seat will be filled following a bye-election. If no poll is called the seat will be filled by a process of co-option.

Elections to Parish Councils are held on the first Thursday in May every four years.  Therefore, those Councillors elected in May 2015 would serve until the following election in May 2019.

Councillors are volunteers who contribute to the work of the parish by:-

(i) having a say about the things they care about;
(ii) putting forward ideas for better services;
(iii) responding to the needs and views of their constituents;
(iv) seeking the best outcome to local issues; and
(v) getting involved in decision-making by voting.

However, decisions cannot be made by individuals on behalf of the council but are made by the council as a body.

Following election or co-option, all members of the council sign a Declaration of Acceptance of Office which includes an undertaking to observe the ‘Code of Conduct‘ adopted by the council.  Members are also required to notify the Monitoring Officer of Solihull Metropolitan Borough Council of their ‘Disclosable Pecuniary Interests’  by completing a Declarations of Interest Form. These are published for each councillor on the Solihull Council website under the councillor’s name.

The Council has adopted a ‘Statement of Objectives‘ for the year.

The Council elects a Chairman from its members at the annual (first) meeting of the year. The conduct of meetings is governed by rules, known as “Standing Orders”, which specify the order of business, rules of debate and other matters of procedure. The interpretation of these rules is the responsibility of the person in the Chair.

Council meetings are usually held once a month in the evening to allow good public access and to enable those in full-time employment to become Councillors. The agenda is available to the public before the meeting and is posted on the Council’s noticeboards and on the website.

The Parish Council employs a Clerk to provide advice and assist them in fulfilling their roles and is the first point of contact with the Council.